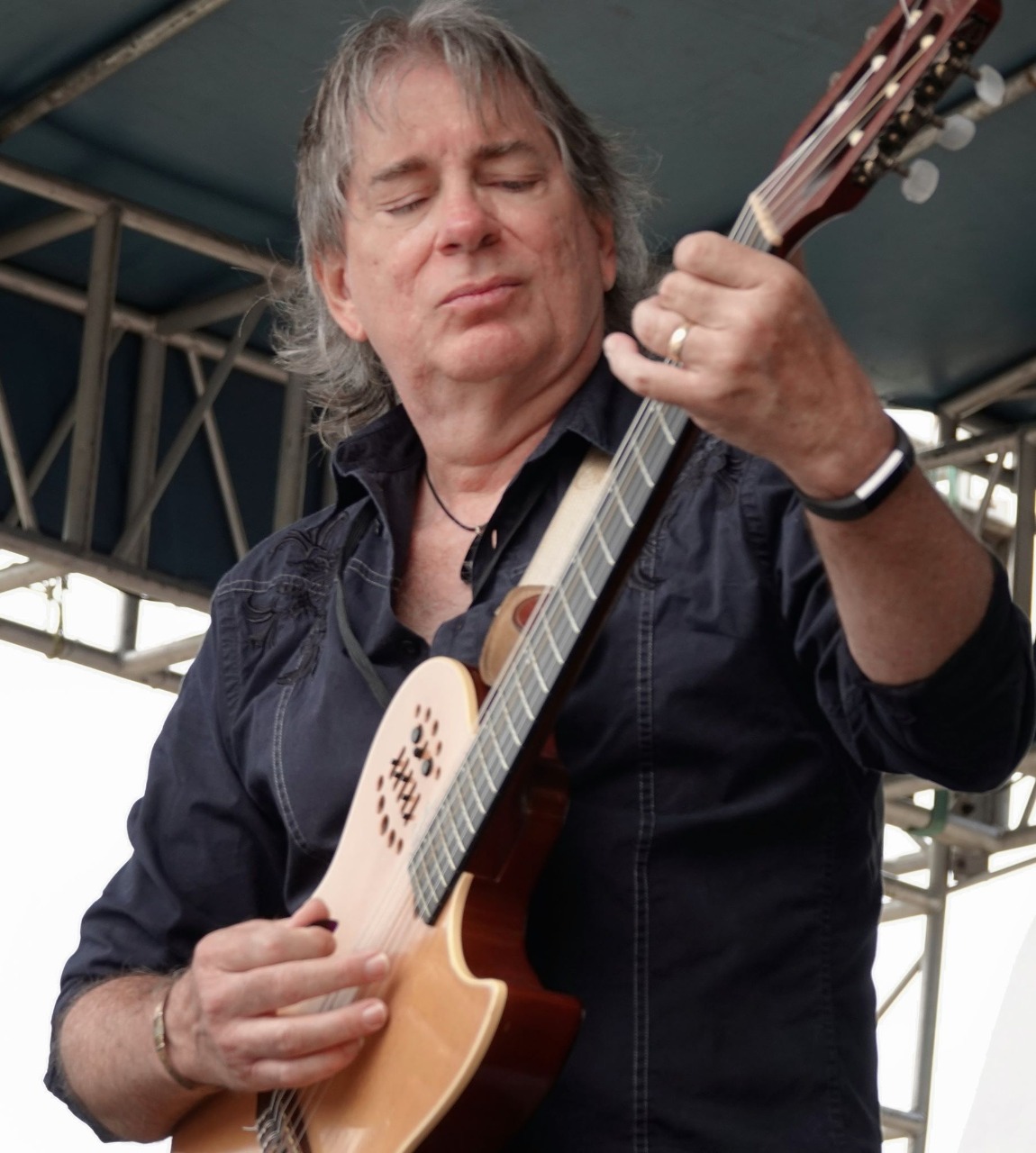 Music has always been a part of his life.

John was born in Panama City and began his musical career there before moving to the U.S. He continued his career playing Country, Rock, R & B, Blues, Latin Jazz, and Classical. In addition to playing in Panama, New Mexico, and Texas, John has performed in Atlantic City, Cancun, Orlando, New Orleans, and in Europe with award-winning Swiss Blues guitarist, Andy Egert. John has also opened for Bo Diddley, Styx, Little Richard, Clint Black, and backed such legendary artists as Joe Cocker and Percy Sledge. In 1991 John became lead guitarist for the “Big Otis Show Band” and spent the following 8 years playing beside many of the best musicians in Texas. In 2000 John started his own smooth jazz band “Max Cat”, as well as performing with the well-known Nicaraguan singer, Yelba.

Currently, John can be seen performing regularly throughout Panama. In February 2015 John performed for the first time at the 9th Annual Boquete Jazz & Blues Festival with his band “Gato Maximo” as has played every year since.In April 2018 John performed at the Hilton Puerto Vallarta Resort in Mexicofollowed by a performance in Houston, Texas with The Woodlands Symphony Orchestra.

John continues to perform throughout the Republic of Panamá as well as annual dates in Texas every December/January. John and his wife Karin now live in Playa Coronado, Panamá near the beach.